Panhouse: the Urania Group system for the construction of bungalows for holiday resorts and camp-sites.

Panhouse is the Urania Group construction system based on the use of ecological prefabricated panels.

The panels used are covered with magnesium oxide, with anti-mould mineral components, and made to size, 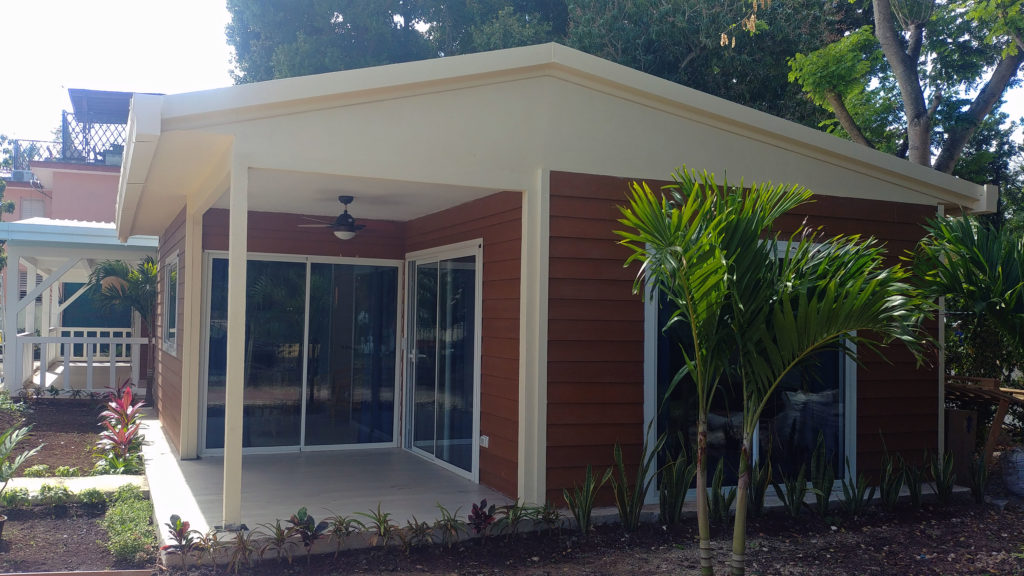 Tourist bungalows built using the panhouse® construction system, which involves the use of prefabricated panels.

A concrete example of prefabricated modular buildings for tourism is the bungalow we built for the South American market.

This is a self-supporting prefabricated system capable of guaranteeing stability and solidity, such as not to require a support structure which, in addition to aggravating transport and assembly costs, would require more labour and a significant increase in assembly times.

The structures were built based on two layouts: a small 54-square metres one and a larger 108-square metre one, and were delivered with the components in place already ready for assembly.

The most important technical aspect is the use of self-supporting panels, covered on both sides with magnesium oxide slabs and insulated with EPS.

Through the installation of metal profiles, interlocks and clamps, the panel also constitutes the structure of the building, able to withstand static loads, earthquakes, and wind.

The two buildings include a covered veranda and full-height sliding doors/windows to enjoy the view.

The exterior finish is made with wood cement slats, both to vary the structure and to improve its thermal and acoustic insulation.

The interior has been painted with tempera, according to the customer’s indications. 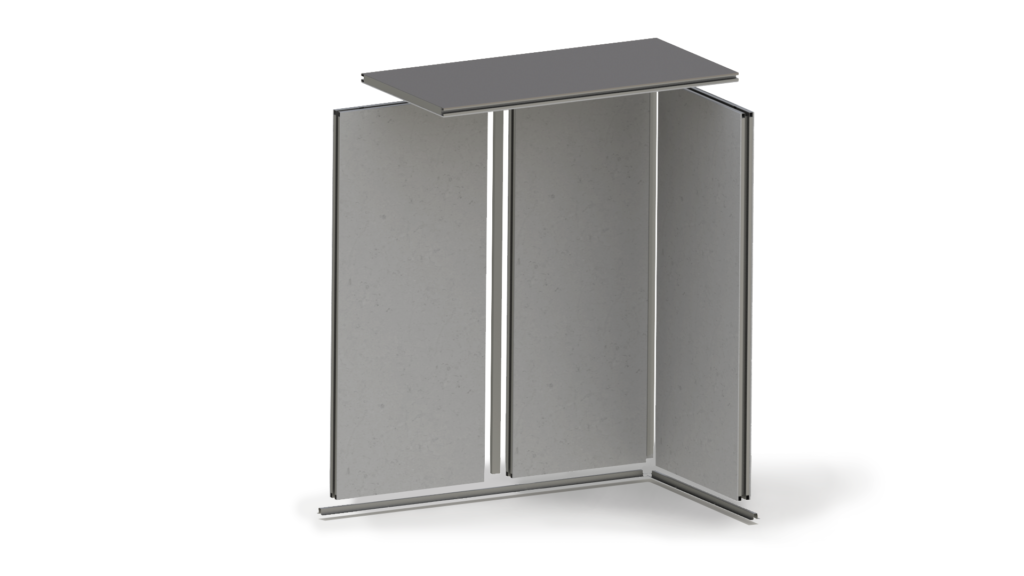 3-D diagram of the panel components.

The equipment system part has been implemented making use of the passages provided in the panels, and by passing the cables over the false ceiling made with a panel with one side in magnesium oxide and the other in sheet metal. The roof is made with a steel structure and a corrugated panel on top.

The interior floor is traditional type, with screed and tiles.

A foundation has been prepared, made of a reinforced concrete screed, for the assembly.

The advantages of the panhouse®system: a 54-square metre structure can be made usable in 15 days. 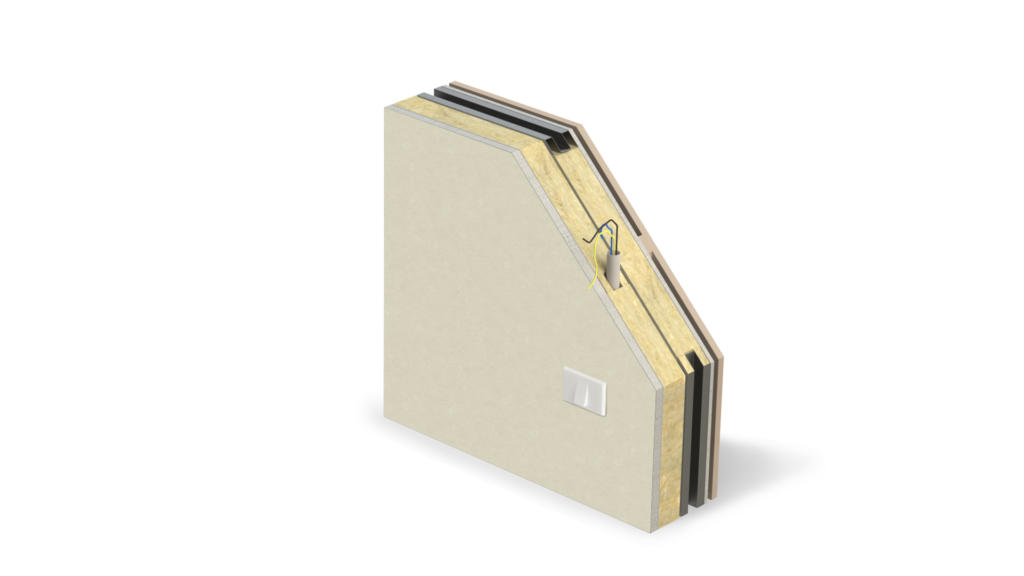 For each of the standard models in production, the individual panhouse®structures can be grouped together according to different solutions, giving the possibility of creating different layouts and possible customisation of the exterior architecture, to be selected according to the characteristics of the construction site and the aesthetic taste of the customer. 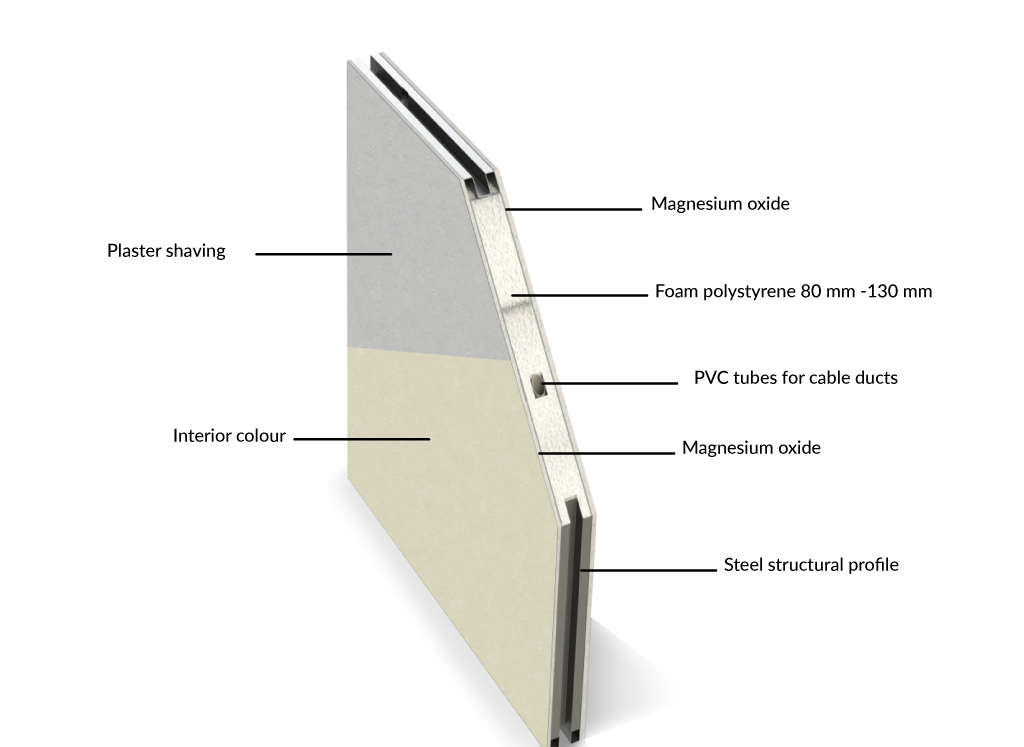 Find out more about panhouse®, the ecological and high-performance home that goes beyond traditional construction.

Fixtures, doors, and windows: what are the differences between aluminium and PVC?